Jump to contentJump to search

Biomarkers which reflect basic pathological processes of Alzheimer’s disease (AD) are of utmost importance regarding early diagnostics and therapy monitoring. Since Amyloid β (Aβ) aggregates are a hallmark of AD, they are probably the most direct and reliable biomarker for AD. For quantification of Aβ aggregates, however, at least two technical challenges have to be considered. i) Aggregates must be detected against a background of monomeric Aβ, which is perpetually expressed also in the healthy organism. ii) The Aβ aggregate concentration in body fluids is very low, posing high demands on the sensitivity of a diagnostic test.

At our institute we developed an ultra-sensitive assay for diagnostics of prion diseases, designated surface-based fluorescence intensity distribution analysis (sFIDA). By sFIDA, prion protein aggregates could be identified in brain and blood of several animal models.

Further advancement of this assay allowed for detection of Aβ Aggregates in body fluids. Since the sFIDA technology principally works on the single particle level, an exact quantification of the aggregate number is possible. Additionally, composition and size distribution can also be assessed. Experiments with synthetic Aβ revealed that the sFIDA readout is proportional to the Aβ aggregate concentration, covering a wide range from microgram to pictogram amounts. Most remarkably, the assay is completely insensitive against Aβ monomers. First promising studies on authentic liquor samples showed a discrimination of AD and control patients. Moreover, a clear correlation of Aβ aggregate concentration and cognitive decline became evident.

In summary, the Aβ aggregate concentration represents an innovative biomarker for AD paving the way for early diagnostics and effective treatment of the disease. The sFIDA technology can also be applied for therapy monitoring in clinical trials. 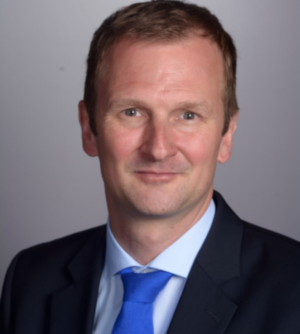